Team Bath’s form is “ominous” for the rest of the Vitality Netball Superleague as they maintained their unbeaten start to the campaign over a dramatic double-header weekend.

That was the verdict of Leeds Rhinos coach Dan Ryan after Bath delivered a statement of intent with a comprehensive 60-35 victory over Manchester Thunder.

Bath performed from the first whistle, racking up a huge 16 goals to Thunder’s eight in the first 12 minutes as the visitors were struck by injuries to Emma Dovey and Rebekah Airey.

Anna Stembridge’s side then backed up that result with a 49-30 victory over Severn Stars, who had secured their first win of the campaign a day earlier with a 49-46 win over Surrey Storm.

The introduction of Kim Borger for Bath in the second quarter seemed to calm things following an unsettled start as they proved once again why they are title contenders for this season.

And Ryan said: “It is ominous signs for the rest of the competition. Bath have now played Loughborough, Wasps and Thunder, and they’ve handled all of those occasions exceptionally well so early in the season. That’s a warning sign for the rest of the league right now.”

Saturday kicked off with Loughborough Lightning maintaining their grip on the Vitality Netball Superleague top spot with a convincing 56-37 victory over Surrey Storm. 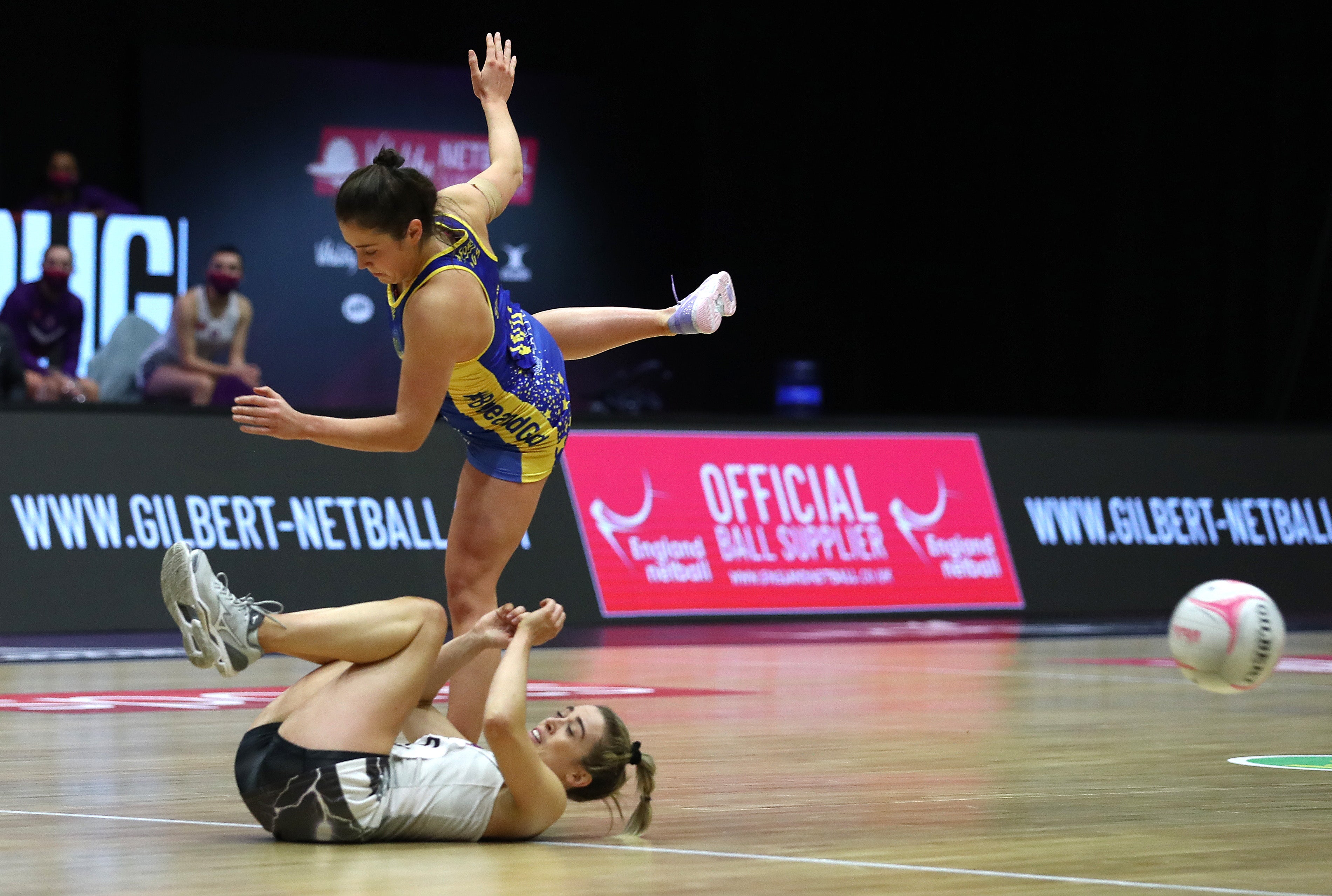 Following their defeat to Severn Stars the previous day, Storm made changes but were punished again for a slow start and Lightning’s defensive line-up proved too much.

To round off the Saturday fixtures, Wasps ensured that it was a bad weekend at the office for Manchester Thunder, who suffered back-to-back defeats as they lost 53-44.

Despite the first quarter going goal for goal, the pressure in all areas of the court from Wasps forced Thunder into making mistakes and Wasps extended their lead to secure the victory.

Sunday kicked off with Strathclyde Sirens proving why they are the surprise package this year, securing the first draw of the season against top-four hopefuls Saracens Mavericks, 34-34.

The whole game was dominated by defensive play where neither team could gain a significant advantage as four goals separated the sides going into the final quarter.

But it was turnovers in the Sirens defence, particularly from Towera Vinkhumbo, who finished the game with eight interceptions and two deflections, that saw Sirens snatch the draw.

Elsewhere, frontrunner Loughborough Lightning backed up their win over Surrey Storm with their sixth win of the season on Sunday afternoon as they defeated London Pulse 52-40. 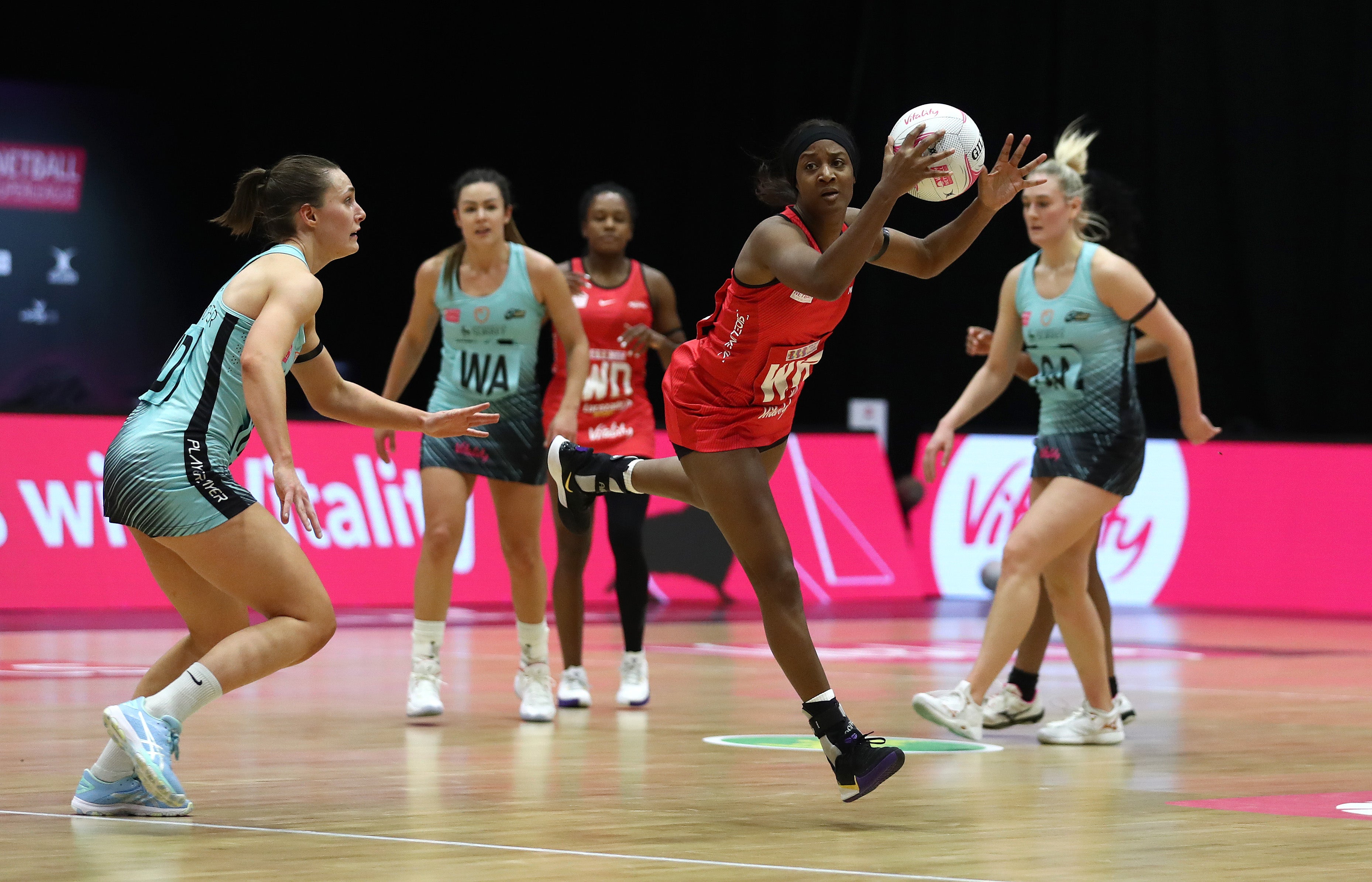 Pulse are still without a win this season but a much-improved display provided problems for Lighting who had to keep their foot on the gas until the final whistle.

Lightning coach Sara Bayman said: “We want pressure situations because we need them, and we got one. A few of our girls were having a bit of an off-day and it’s good that we can come through that.”

Wasps moved up to third after their third consecutive victory as they followed up their Manchester Thunder triumph by beating Leeds Rhinos 53-41 after dominating the contest from the start.

Wasps raced into a huge 12-goal advantage by the end of the first quarter but the Rhinos closed to within five by half-time before Wasps stretched their advantage in the third quarter, keeping the Rhinos at bay to round off a successful weekend for Wasps.

The action continued on Monday night with London Pulse securing their first win of the season, defeating Celtic Dragons 56-29 despite a competitive first quarter from the visitors.

Pulse dominated the second quarter, winning it 20-3 to stretch their lead, before mistakes cost the Welsh side once again as they continue to search for the first points of their 2021 campaign.

In the final game of the weekend, Leeds Rhinos returned to winning ways following their defeat the previous day as they secured a 43-36 victory against Strathclyde Sirens in a tight contest.

There wasn’t much to separate the sides throughout the game but there were too many missed opportunities for Sirens for them to come away with anything. 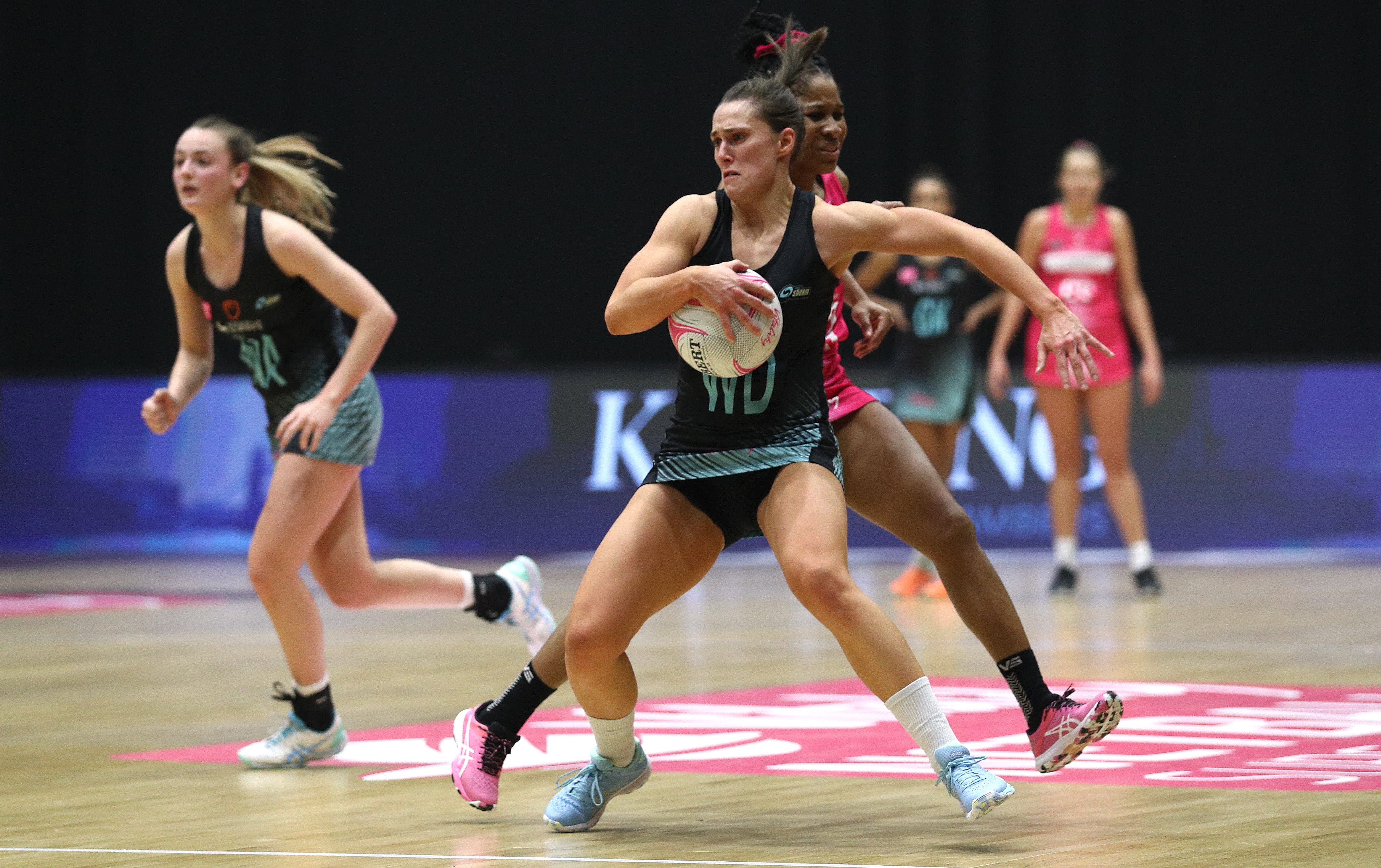 Vitality Netball Superleague action kicks off again on Sunday 21 March when Manchester Thunder will hope to put their successive defeats behind them as they face Celtic Dragons.

Saracens Mavericks take on a confident London Pulse side and Surrey Storm will have their work cut out for them against an undefeated Team Bath before Strathclyde Sirens play Wasps.

The fixtures continue on Monday when Team Bath will play again against Sirens and Leeds Rhinos look to continue in the same vein as they take on Severn Stars.