AMANDA Holden has revealed that she likes to trampoline naked and encourages fans to 'strip off and have a bounce.'

The Britain's Got Talent judge, 49, admitted that she whipped off her bikini and jumped on her daughter's trampette "totally naked" during her slot on Heart Breakfast yesterday. 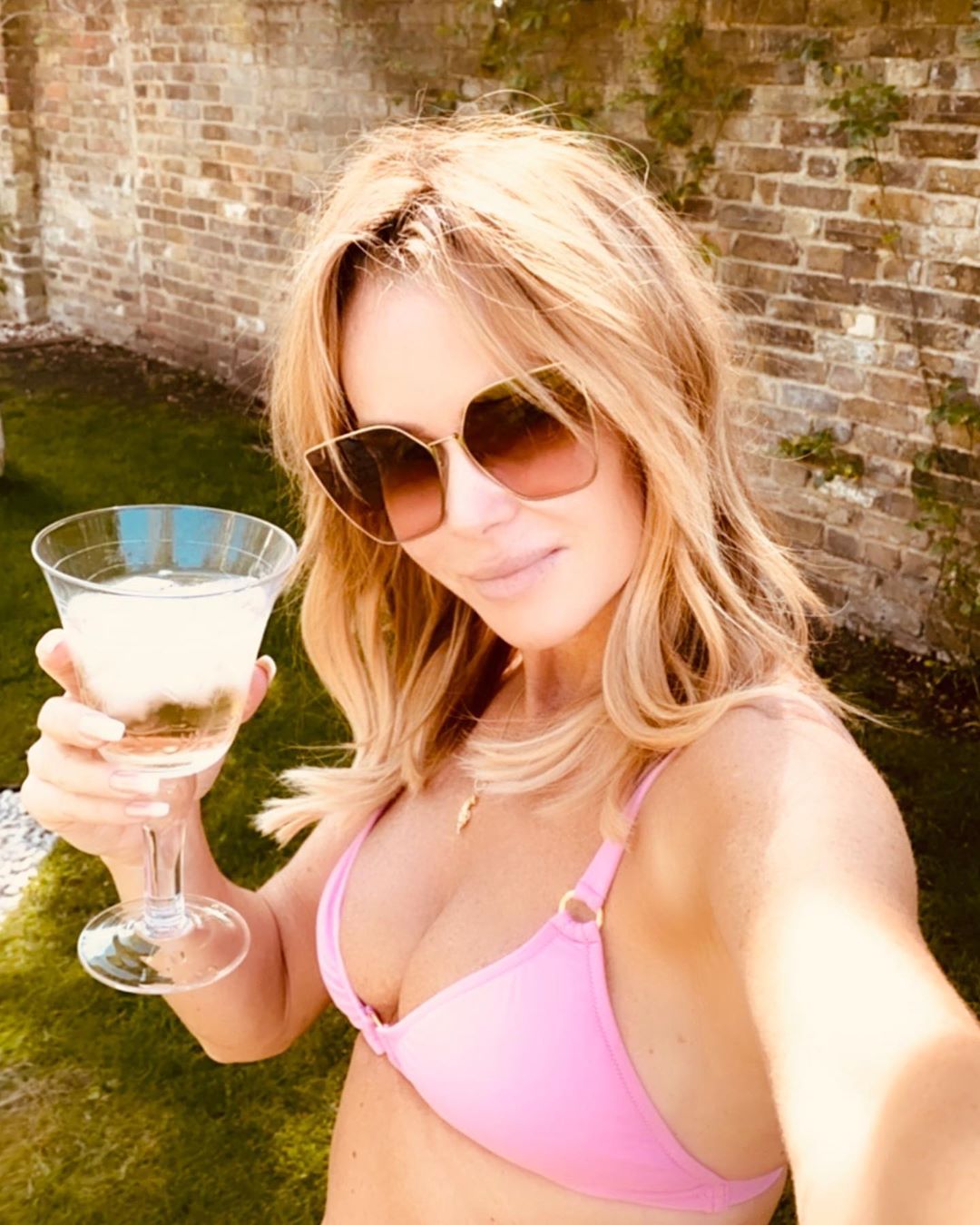 Amanda and co-host Jamie Theakston started talking about the rise in people enjoying lockdown with no clothes on.

The star tried to convince Jamie to take part in World Naked Gardening Day on May 2nd and let slip of a little secret of her own during the conversation.

She said: "Shall I tell you what I did yesterday, this is no word of a lie, I mean I did do it because my husband Christopher dared me.

"I was in a bikini, I whipped it off and I jumped on my child’s trampette totally naked, that’s what I’m challenging people to do today. If you’ve got a trampoline, strip off and have a bounce." 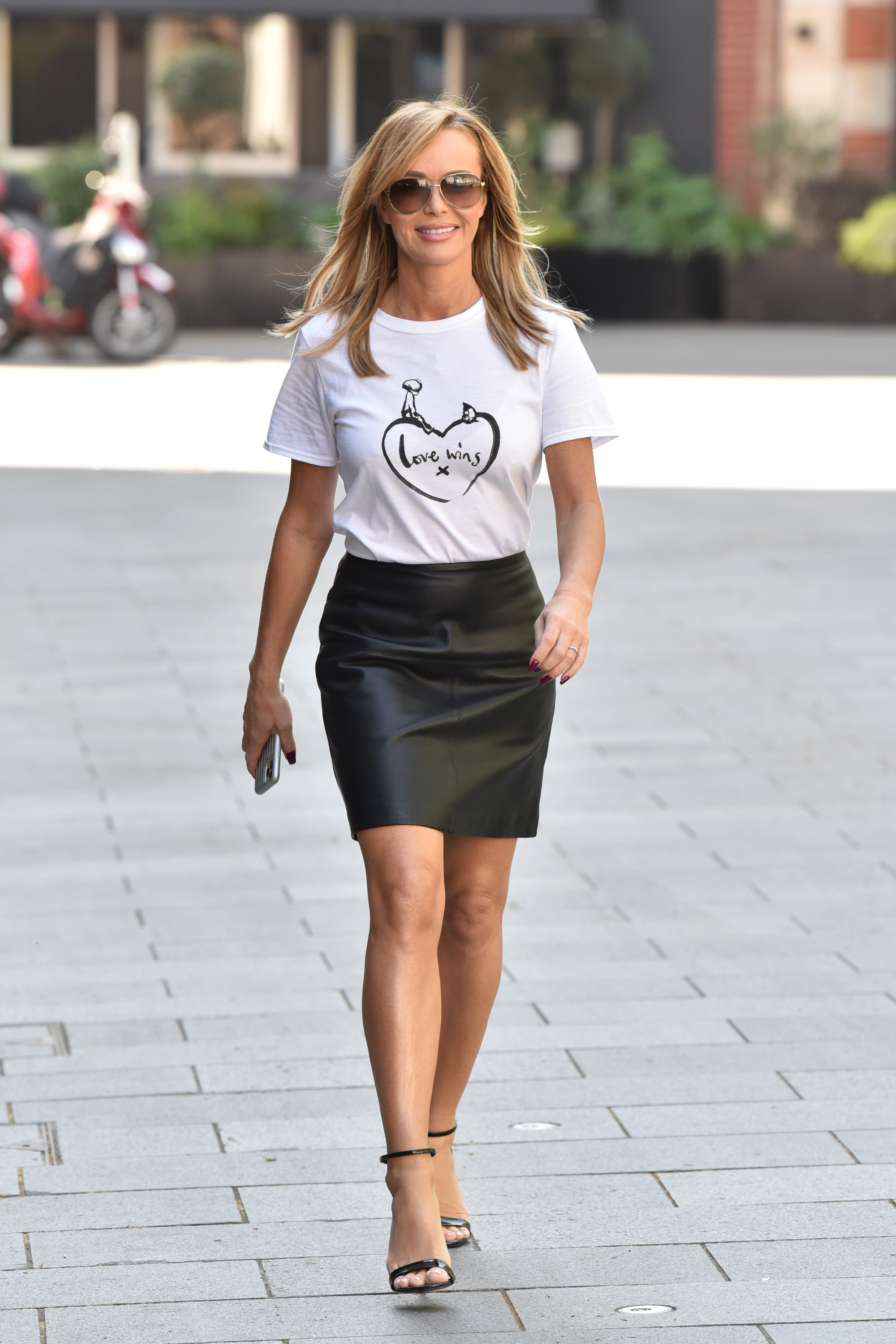 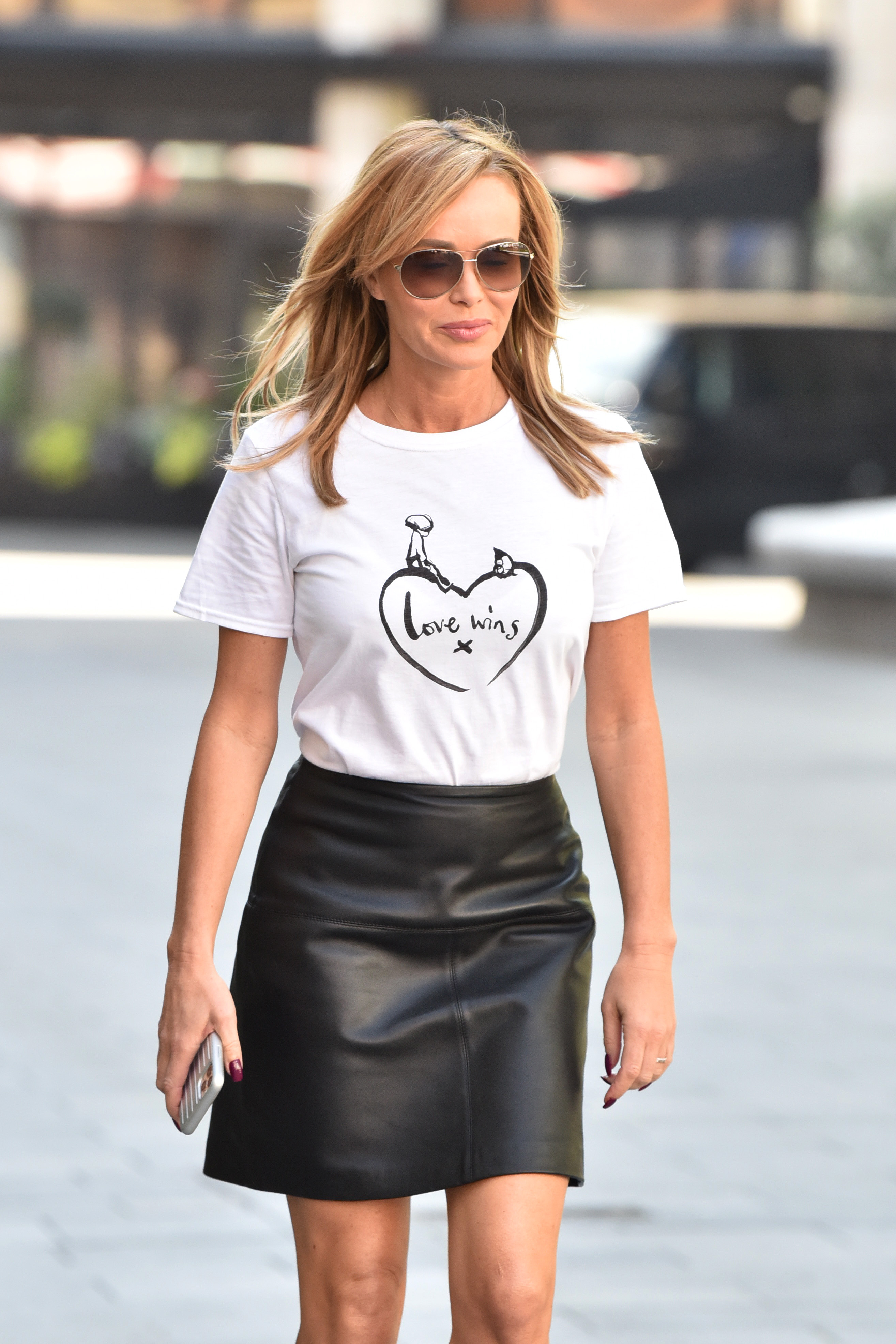 But this isn't the first time that Amanda has spoken about nudity on the show.

The mum-of-two got more than she bargained for when her eight-year-old daughter Hollie revealed that she has no shame in baring all around the house.

During an appearance on the show, Jamie Theakston asked Hollie what the most embarrassing thing her mum has done, and she revealed: "She goes naked all around the house."

He then asked her how she felt about her mum walking around with no clothes on and the eight-year-old replied: "I just get annoyed." 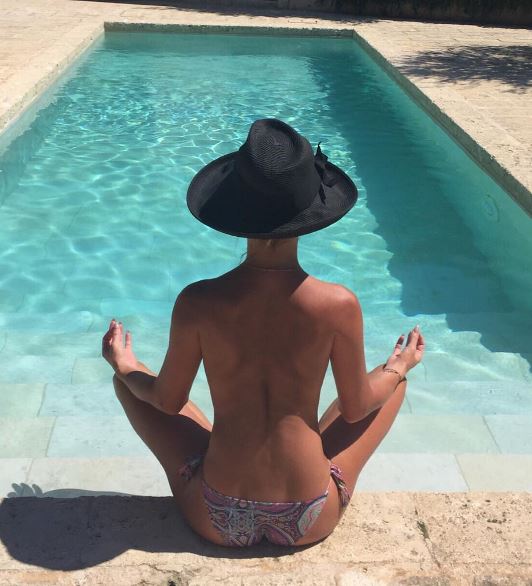 Without any shame in the accusation, Amanda asked if she needed to put something on.

The BGT star is currently isolating in her amazing Surrey mansion with her husband Chris Hughes and two daughters – Hollie and Alexa, 14.

Clearly no expense was spared when it came to decorating their chic pad which boasts an impressive £34,000 living room, a swimming pool and a glorious garden. 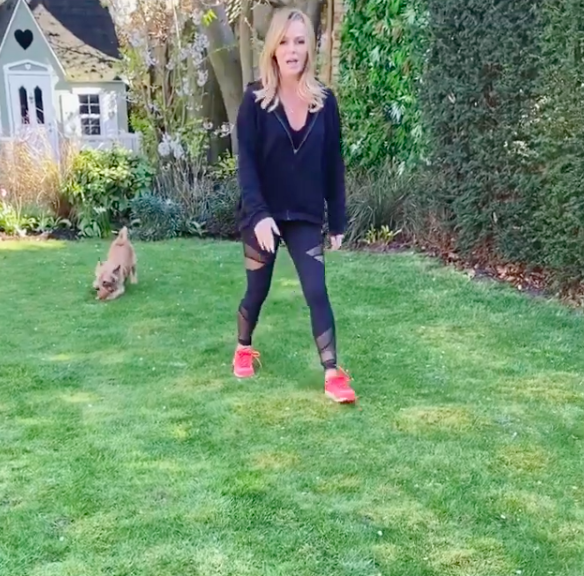 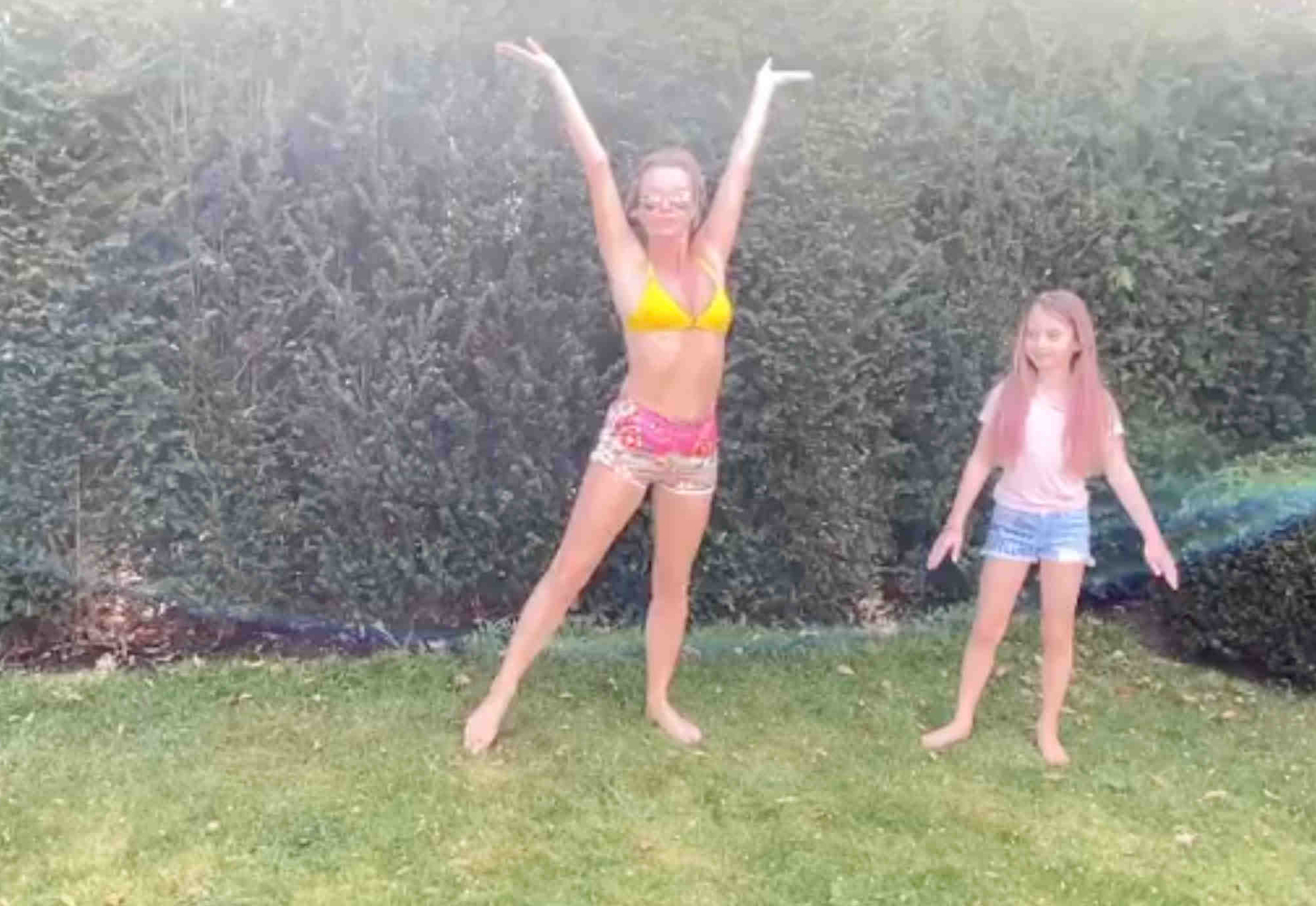 Other room items include a £965 bespoke sofa from Balfour Designer Sofa Collection, £800 speaker and three sofa cushions worth £165 each.

She previously revealed that the layout of her home was inspired by the family’s love of Los Angeles, with the emphasis being on open-plan, airy rooms.

Despite the house’s modern feel, the telly favourite admitted it was also important the space didn’t leave her girls “feeling as though they’re treading on eggshells”. 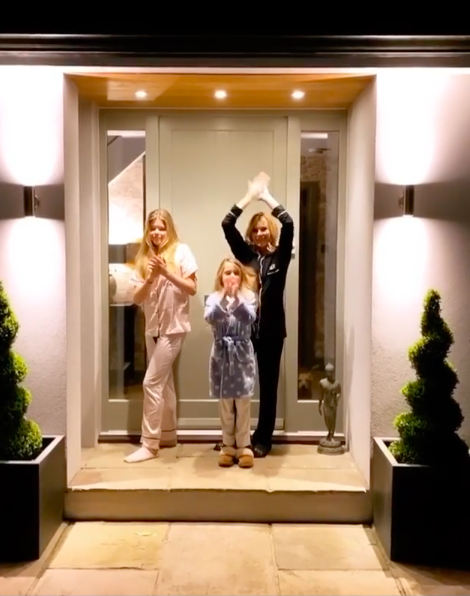 Last year, the mum-of-two enlisted the help of home organisers to tackle her messy bedrooms and playroom.

In a video shared on Instagram by Style Sisters, Gemma Lilly, 31, and Charlotte Reddington, 32, revealed how the ITV star had given them exclusive access to her Petersham abode.

The footage showed inside Amanda’s vast walk-in wardrobe, filled with designer shoes including Louboutins and Jimmy Choos, and outfits including the dazzling orange £1,232 Alex Perry number she wore to the BGT auditions in Manchester in early 2019.

Tune in to Heart Breakfast with Jamie Theakston and Amanda Holden weekdays from 06:30 – 10:00.