Costume drama on show at pop culture day out

When it comes to cosplay, there is no such thing as too much. “If you think it's going to stop traffic, then you've probably nailed it,” says Jillian Wall.

The 35-year-old graphic designer, who cosplays under the name of Breathless-ness, has spent the past 15 years cosplaying with Batgirl, Supergirl and even a gender-swapped Captain America just a few of her outfits. 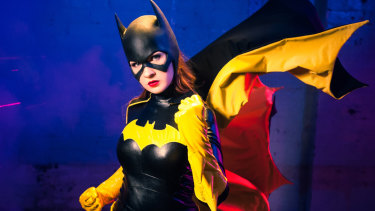 When Wall started out, she had to teach herself how to sew and now her more complicated creations take anywhere between 150 to 200 hours to complete. She says any newcomers keen to try cosplay should give it a go and not feel intimidated by the flashy costumes. “All of us that look professional have started from scratch,” says Wall. “There's nobody that gets out there and has an amazing first costume ever.”

Her advice for newbies is to do plenty of research, leave sufficient time to put together a costume and to think outside the box, such as cosplaying a meme or a mash-up of two different characters.

Wall believes the popularity of cosplay is now bigger than she has ever seen it before.

“Social media and being able to see content from around the world has definitely broadened people's horizons and made it more socially acceptable," she says. "In the early days you'd get funny looks or people would say why would you want to do that? Now it's like I saw so-and-so online do this costume and they looked amazing – I want to give it a go.”