Eric locks Joel up in Hollyoaks to split him and Cleo 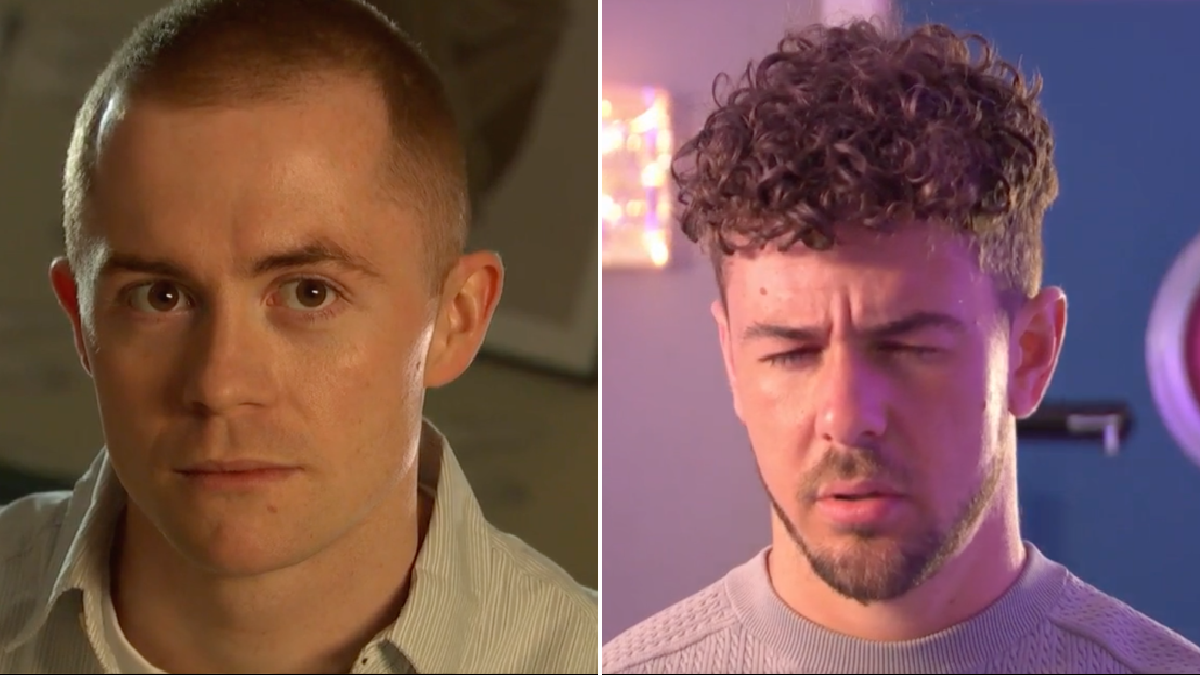 Eric Foster (Angus Castle-Doughty) took drastic action in Hollyoaks in a bid to keep Joel Dexter (Rory Douglas-Speed) away from Cleo McQueen (Nadine Mulkerrin), locking him in The Loft!

The newcomer’s behaviour, as viewers know, has been quite concerning since he rocked up in the eponymous village, determined to reconnect with sister Verity (Eva O’Hara).

He’s set his sights on Cleo, unaware of the fact that she was in a relationship with Joel. He made the discovery, however, in Monday’s (May 9) edition of the Channel 4 soap, and it’s safe to say he wasn’t pleased.

Joel, meanwhile, was determined to tell the world about his and Cleo’s reunion, and he did just that at Zoe Anderson’s (Garcia Brown) birthday celebrations, which only antagonised Eric further.

Determined to cause chaos, Eric told Cleo that Joel was cheating on her, after he witnessed a woman speaking to him at the bar.

His plan backfired, however, as Joel explained that the woman at the bar was simply complimenting his jumper.

Eric refused to back down, and with Joel becoming more and more drunk, he spied an opportunity to get the upper hand, locking the former vicar in the office at The Loft.

Cleo, meanwhile, was concerned when Joel never returned home, and Eric claimed that he saw him leave with the woman from the bar.

Will Joel be found? If so, will he be able to convince Cleo that he did not cheat on her?

Or will Eric’s tale be believed by all?

Hollyoaks continues Tuesday May 10 at 7pm on E4, or catch the next episode from midnight on All4.