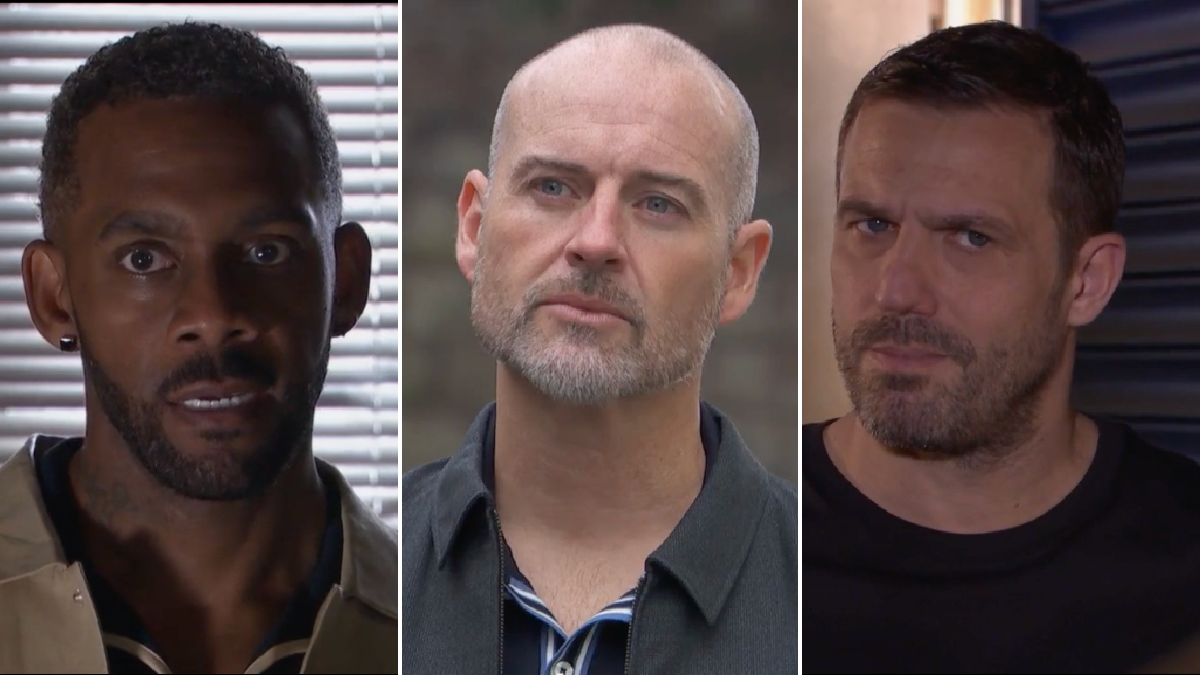 Warren Fox’s (Jamie Lomas) has at last came to his senses in Hollyoaks, realising that Fergus Collins (Robert Beck) has been manipulating him and controlling him for months.

The gangster has been on a downward spiral for much of this year, ever since he crossed paths with property tycoon Fergus.

He’s attacked several of the village’s finest, threatened his own family and murdered Brody Hudson (Adam Woodward), and Monday’s (October 18) edition of the Channel 4 soap saw him prepare to take another life in the form of Felix Westwood (Richard Blackwood).

Felix, as viewers know, attempted to get Warren and Fergus arrested, after he discovered the former’s role in Walter Deveraux’s (Trevor A Toussaint) attack. Warren, however, was tipped off by Joel Dexter (Rory Douglas-Speed), and thus evaded justice.

Fergus – having worked out Felix was to blame for scuppering their drugs deal – was quick to pull on Warren’s strings once more, manipulating him into committing murder once again.

Felix’s fate was all but sealed, as Warren kidnapped him and took him to a remote location in the woods, where he proceeded to pull a gun on him.

Felix begged for his life, before settling for a phone call with Martine (Kelle Bryan), in which he fulfilled his promise to her and proposed.

Warren pulled the trigger, and later told Fergus that the mission was complete. But there was a clever twist in store, as a flashback revealed that Joel had tracked his dad to the woods, and prevented the bullet from hitting Felix.

The priest and Felix appealed to Warren’s better nature, desperately trying to make him see that Fergus is manipulating him, and their efforts proved successful.

As a result, Warren spared Felix’s life, and Felix agreed to stay in hiding long enough so that Fergus would reckon he’s dead. Joel, meanwhile, has promised to assist Warren, and thus the trio are on a mission to take Fergus down once and for all.

The question is: will they succeed?