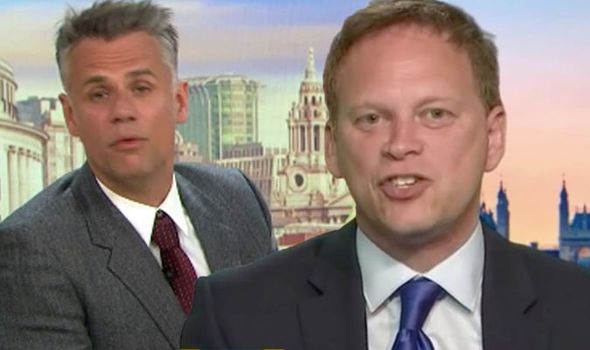 Richard Bacon, 43, joined his Good Morning Britain co-host Charlotte Hawkins, 44, to present the show today and they were joined Secretary of State for Transport, Grant Shapps, 50, to discuss the latest Brexit news.

Shapps began the interview by explaining the new funding he was granting for the ports in Britain to the shipping was prepared for a No-Deal Brexit.

With Boris Johnson’s, 55, decision to suspend Parliament being announced earlier this week, the hosts brought up the discussion point with the MP.

As the presenter and guest disagreed on the reason behind the Prime Minister’s decision, Bacon said Johnson should “just admit” the situation is do with Brexit.