The True Story Of How Keith Urban Met Nicole Kidman

Hollywood couple Keith Urban and Nicole Kidman have withstood the test of time as an A-list couple, celebrating 15 years of marriage on June 25, 2021. The singer took to Instagram to wish his wife a Happy Anniversary with a sweet pic of the pair looking so in love. “Happy anniversary babygirl !!!!!!! my life started when you said ‘I do’ 5475 days ago today,” Urban wrote.

The couple married in 2006, and have since welcomed two daughters. Kidman’s family only grew with her marriage to Urban, having previously adopted two kids with ex-husband Tom Cruise. The actor’s marriage to Cruise began when Kidman was just 23, a decision she now thinks was a little nuts. “I was so young when I got married,” the actor told Red. “I look back now and I’m like, ‘What?'” However, after more than 10 years of marriage, Kidman and Cruise split in 2001.

Two years later, the actor won her first Oscar for Best Actress in “The Hours,” which is the only Academy Award Kidman has to this day. “I was holding a gold statue and I was the loneliest I’d ever been,” said the actor, who realized she was ready for a relationship. Little did she know, Keith Urban was just around the corner.

Nicole Kidman and Keith Urban met at an event for Austrailians 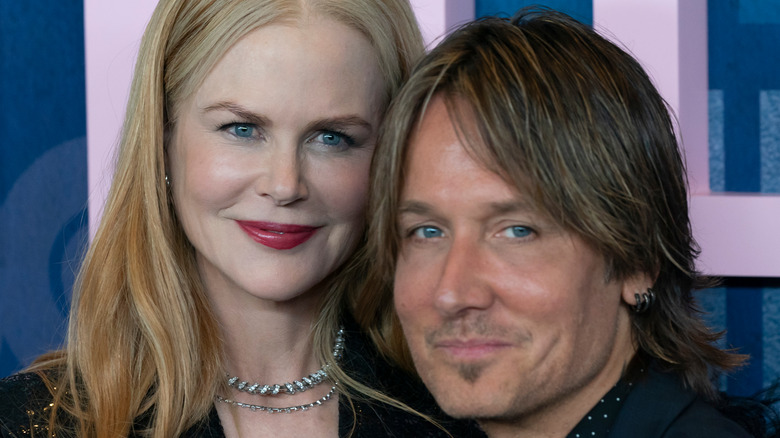 Although Nicole Kidman had an epiphany about her personal life compared to her professional success in 2003, it was not until 2005 that the actor would meet singer Keith Urban. The two first met at the G’Day USA gala, an event in Los Angeles that honors Austrailians, according to Insider.

“I remember thinking I had such a crush on him, and he wasn’t interested in me,” said Kidman, looking back on how she met her second husband on “The Ellen DeGeneres Show.” “He didn’t call me for four months.” Despite Kidman’s recollection of the event, Urban told Oprah Winfrey a different story, sharing, “She glided across the room, floated. I don’t know how she did it. It was out of this world and there was a split moment where she wasn’t with anybody, and I thought, ‘I’ll just go up and say hi.'”

Once Urban did call Kidman (whenever that may have been), their romance quickly escalated and the two tied the knot months later in June 2006. “Meeting her and getting married wasn’t life-changing, it was life-beginning,” the country singer told CBS. “It was literally, like, ‘OK, life starts.'” The singer further gushed about his bride to People in 2007, telling the outlet, “We both met each other exactly at the right time… She said early on that she wanted to be brave with me. I feel there was something else at work, bringing us together and then just continuing to watch over us.”

How, Keith, of, Story, the, True, ur
World News