DOWNING Street is "furious" over France's attempt to use the lorry chaos in Dover to "strong-arm" the UK into a Brexit deal.

More than 1,500 lorries are still trapped in Kent after French President Emmanuel Macron slammed the borders closed on Sunday night. 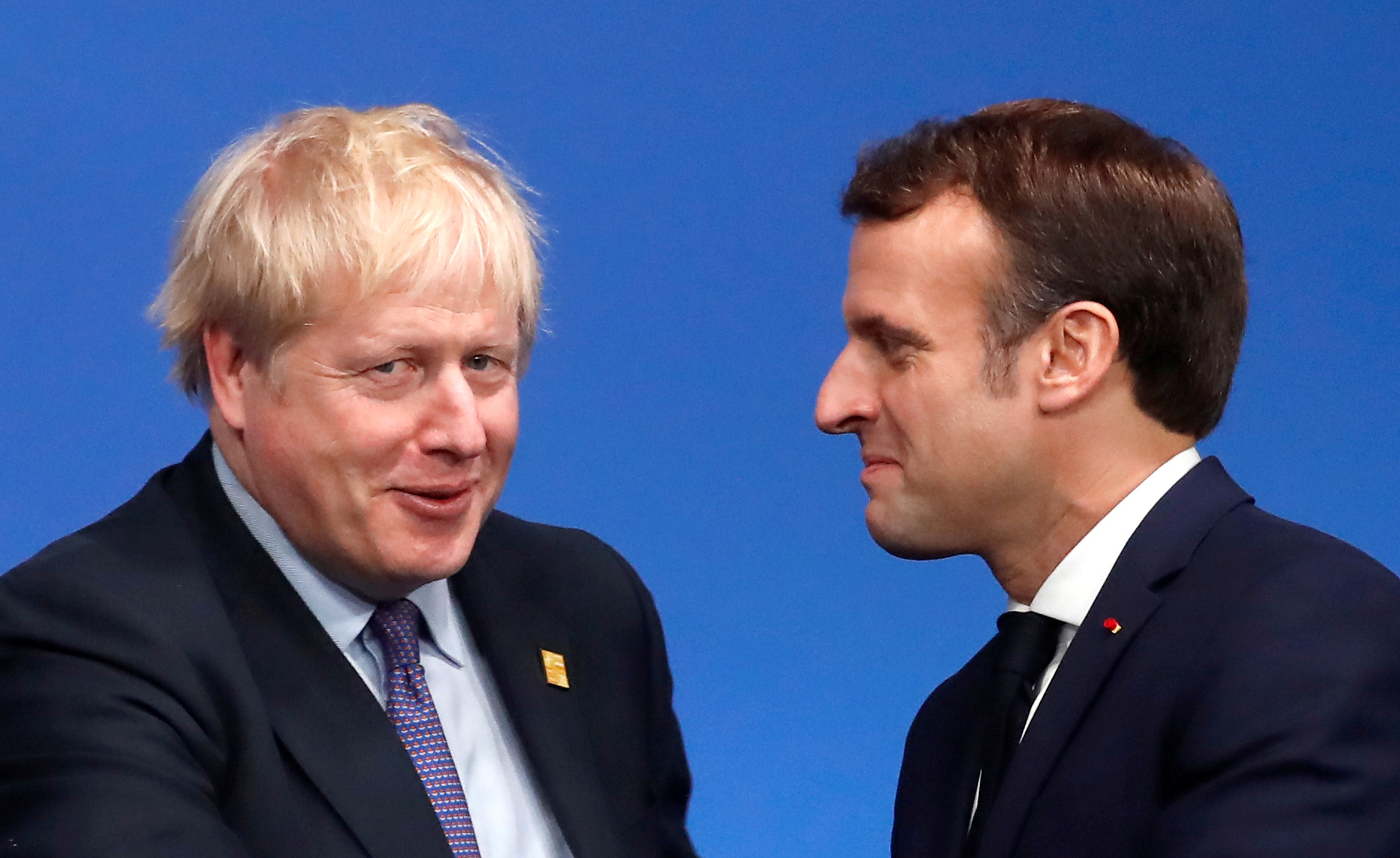 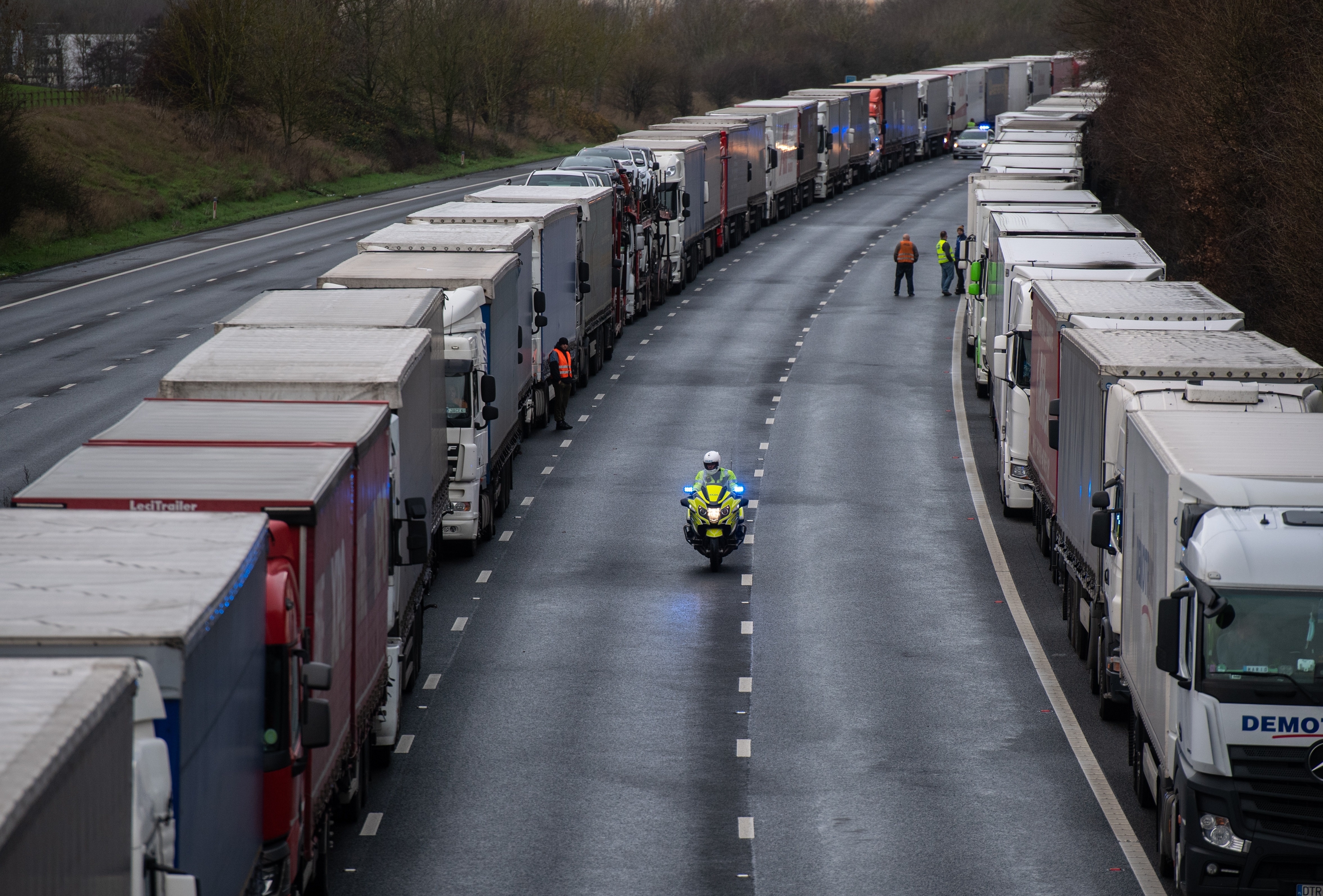 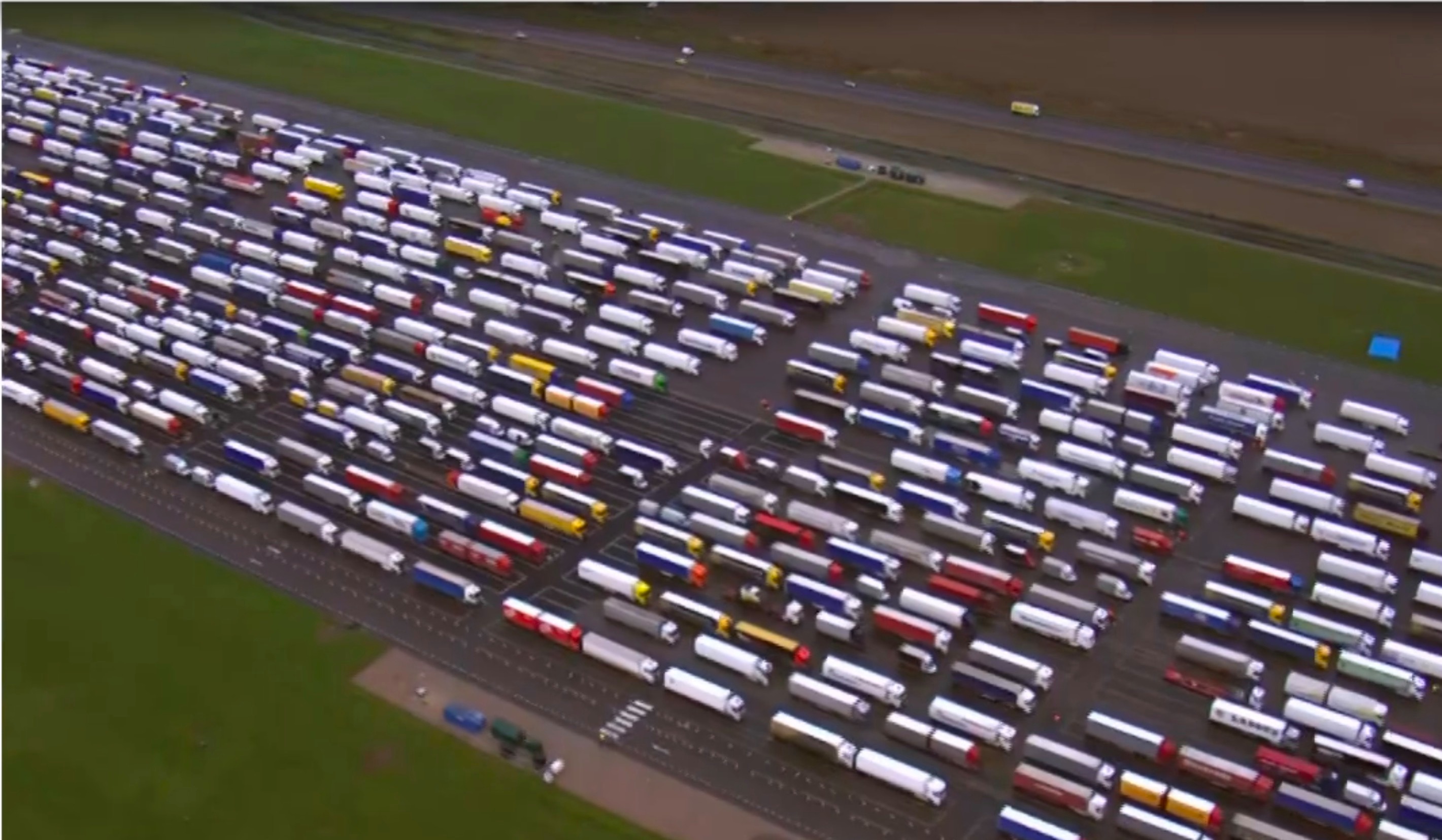 Transport Secretary and Boris Johnson have been locked in talks to try and ease the logjam of lorries at Dover.

A transport industry source said talks between No10 and France had been "fraught" and Downing Street officials were convinced Mr Macron was using the mutant covid strain as leverage for a Brexit deal, according to The Times.

The French President is under increasing pressure to cave over hardline demands over fishing access to British waters and and sign a deal.

And the source said Downing Street was "incandescent" over the border blockade, and believes Mr Macron is using it to push Britain to compromise on a Brexit deal.

Yesterday, Boris Johnson said he had a "really good" conversation with Mr Macron – and that the two had steered clear of Brexit talks.

The PM said: "We vowed to stick off Brexit, because that negotiation is being conducted, as you know, via the European Commission and that's quite proper, and the position is unchanged.

One Whitehall source told Politico the border stand-off wouldn't help Mr Macron secure a Brexit deal – and would only infuriate Brits determined to leave the bloc.

The said: “If ever we needed a reason to show why we’re leaving the EU, the French trying to take food off our shelves for Christmas out of spite should do it.”

A minister gave a very frank assessment of the Government's view on the blockade, saying: “Macron is a ****.”

France has denied using the haulier chaos as Brexit leverage – and EU diplomats said the border closure was because of domestic pressure to act and a failure to co-ordinate across the bloc.

One EU diplomat labelled it a "sh*tstorm".

They said: “All European governments are being kicked for not doing enough. The curve is rising anyway, it is not going well.

"There is a lot of trouble because the UK is vaccinating and we are not."

"It is hardly surprising there is a political reaction based on what the politicians in London were saying.

Government sources say Mr Macron has accepted Britain's offer to test truckers with the lateral flow tests, which can deliver results within an hour.

The agreement, which is expected to be confirmed this afternoon, will unblock travel with France after 48 hours of chaos at the border.

The French President had been demanding PCR tests are used on lorry drivers waiting to enter France but the UK warned this would fail to ease the border chaos because results take at least 24 hours.

That would have caused a massive backlog of trucks at borders such as Dover while truckers await their results – and clog up supply chains.

And the military is on standby and ready to distribute the tests to truckers as soon as a deal is reached with France.

The deal is likely to include unblocking passenger travel but Sky News has reported that Eurostar and air passengers will be required to take the PCR test.