Jean-Claude Juncker has taken aim at the shadowy process for choosing his successor as head of the European Commission, amid fury at how the EU’s top jobs were filled ‘behind closed doors’.

The outgoing Juncker said the process was ‘not very transparent’, after EU leaders rejected the lead candidates at the European Parliament elections and picked German defence minister Ursula von der Leyen to replace him.

Juncker got the job in 2014 as the lead candidate or ‘Spitzenkandidat’ of the centre-right bloc in that year’s elections.

The system was meant to give democratic legitimacy to the Commission chief, but none of this year’s lead candidates won the backing of EU leaders.

‘Unfortunately it did not become a tradition. I was the first and the last Spitzenkandidat,’ Juncker said.

‘I always had the impression that I would enter history but not like that.’ 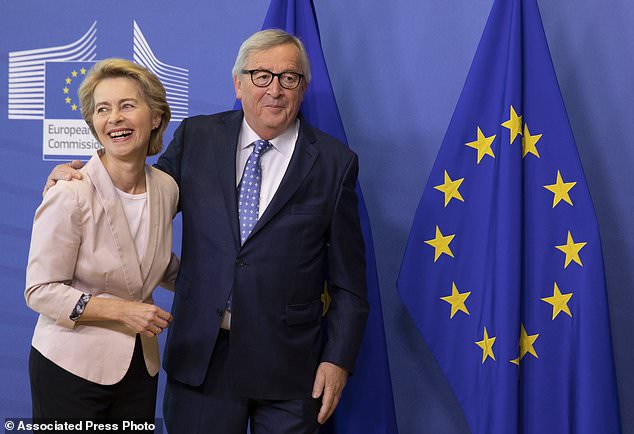 The European Parliament still has to approve von der Leyen’s appointment, and some MEPs have voiced anger at the backroom negotiations which led to her nomination.

Her fellow German Manfred Weber, who had been the lead candidate for the centre-right EPP – the largest party in the parliament – was left empty-handed.

Dutch politician Frans Timmermans, the lead candidate of the Socialists & Democrats, was also knocked out of the reckoning by a coalition of Eastern European countries with help from Italy.

‘The future of European Union can no longer be decided behind closed doors and through secret plots,’ said Spanish lawmaker Esteban Gonzalez Pons.

Meanwhile, Iratxe García Perez, the leader of the centre-left socialists, suggested that MEPs did not like the feeling of being told who to vote. 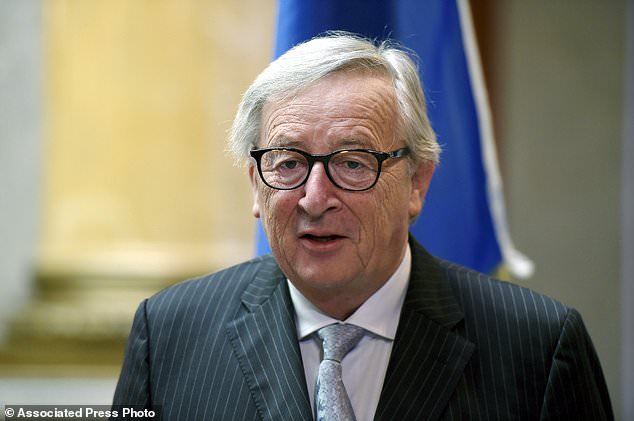 She said EU leaders could not ‘come here and just lay out the council position and say that we have to vote for it’,’ the Independent reported.

Brussels is shuffling its deck as Juncker and European Council chief Donald Tusk reach the end of their terms.

Tusk yesterday appealed to MEPs to back von der Leyen and the other candidates for Europe’s top jobs.

‘We managed to make these decisions on time,’ Tusk said, adding: ‘I believe they are good choices’.

‘Only when we are united, can we counterbalance the most powerful global players,’ he went on.

‘It took us three days, because I wanted to be sure that every member state, big or small, from every corner of Europe, was on board when it came to the future leadership of the Union.’