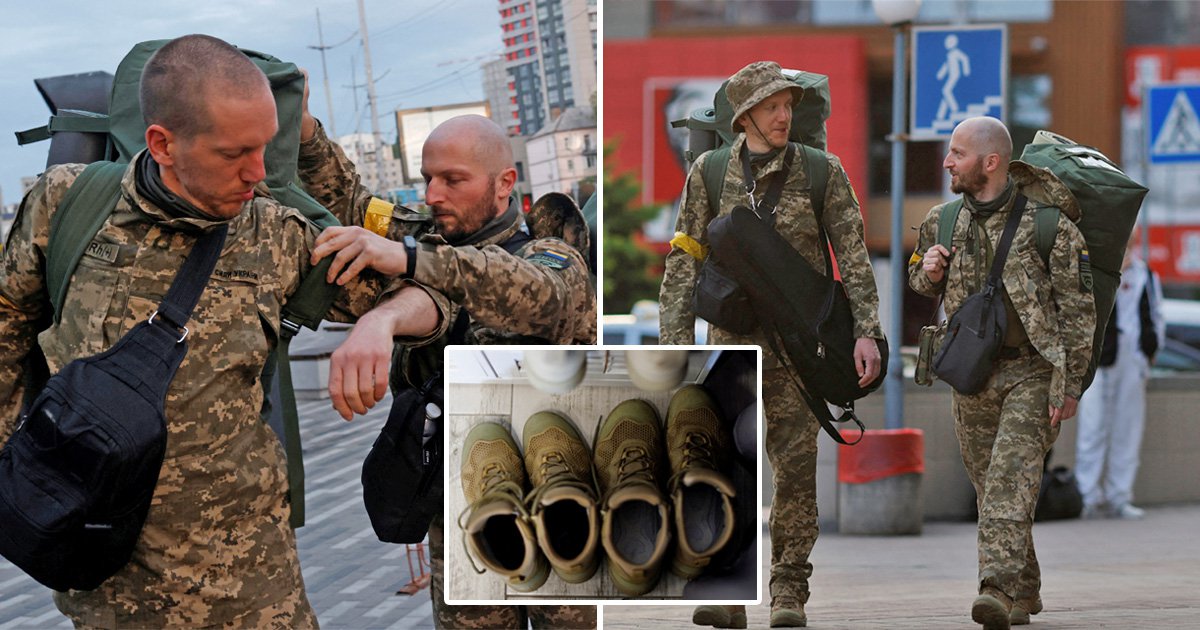 An LGBTQ+ couple joined Ukraine’s armed forces and learnt how to fight to stop Russia ‘destroying their culture’.

Oleksandr Zhuhan used to work in the theatre with his partner Antonina Romanova, both 37, before the war.

In 2014, the couple fled to Kyiv from the Crimea when Putin illegally annexed the eastern peninsula.

But they found themselves fearing for their lives a second time on February 24 as Russia sent their troops into Ukraine.

Oleksandr and Antonina spent two days hiding in their bathroom before deciding to do something – despite neither of them ever using a weapon before.

Antonina, who identifies as non-binary with she/her pronouns, said: ‘I just remember that at a certain point it became obvious that we only had three options: either hide in a bomb shelter, run away and escape, or join the Territorial Defence (volunteers). We chose the third option.’

Oleksandr added: ‘Because Russia doesn’t just take our territories and kill our people. They want to destroy our culture and we can’t allow this to happen.’ 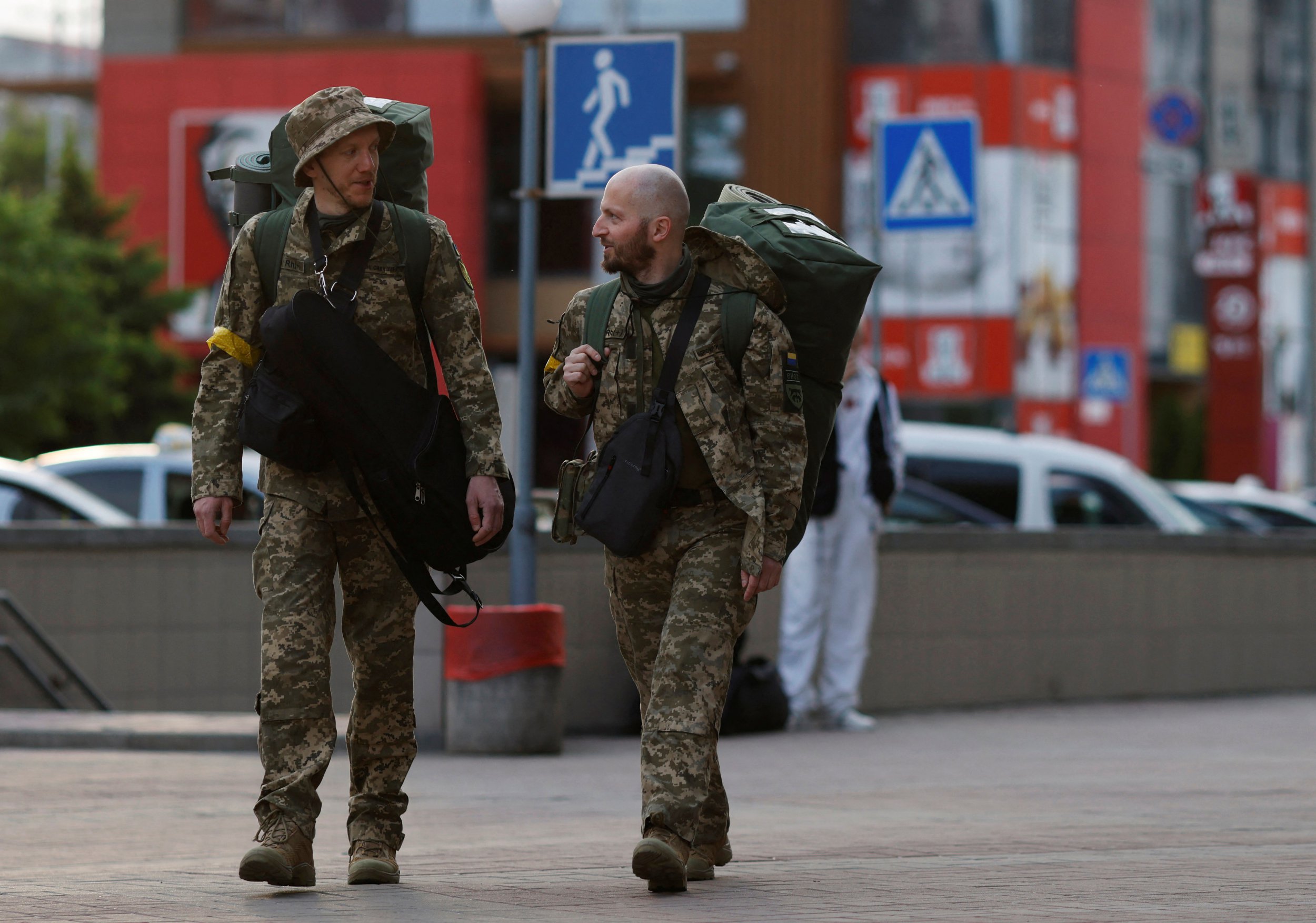 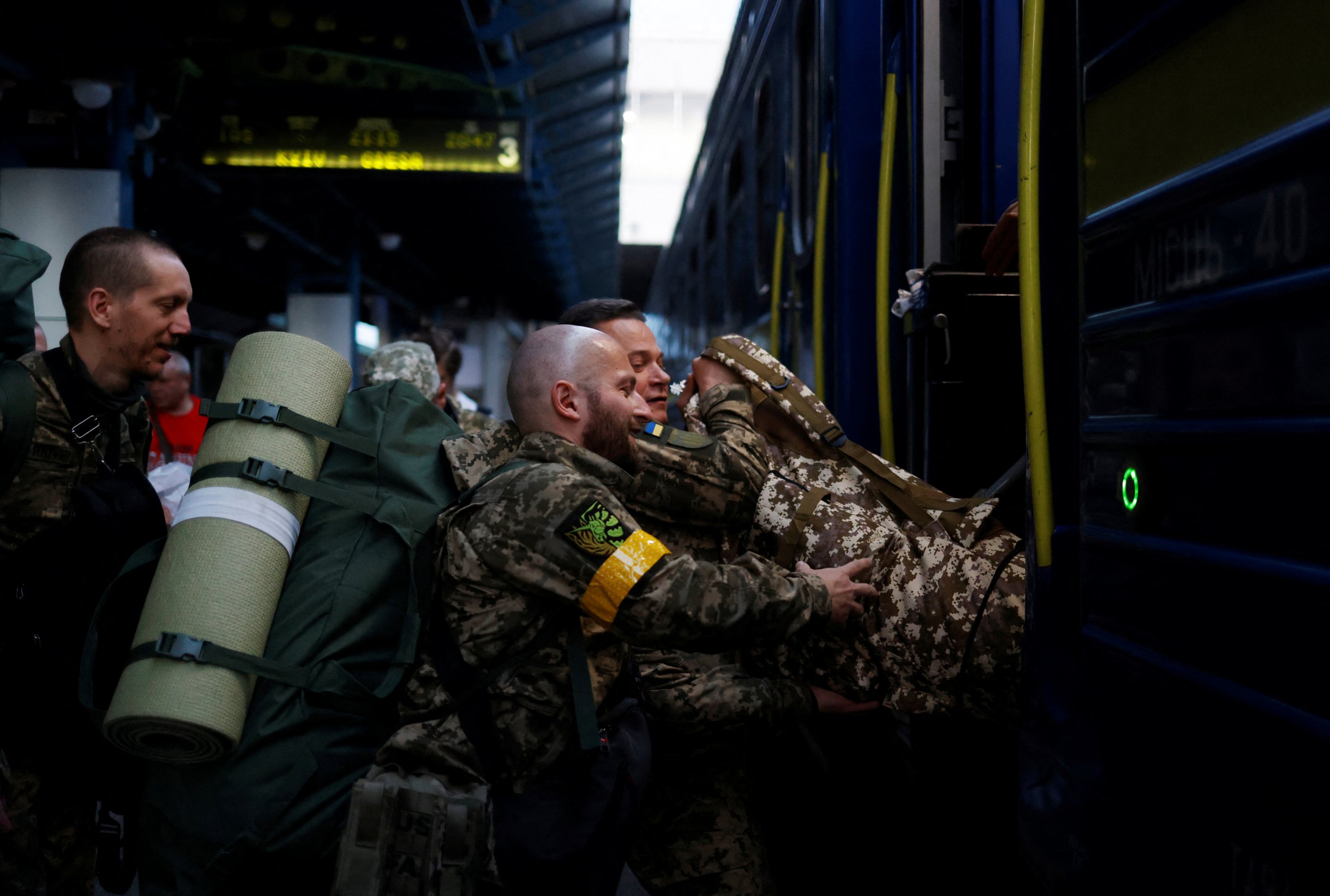 The couple were worried they might experience discrimination and homophobia in the army but they found ‘there was no aggression or bullying’.

One senior officer said: ‘The only important thing on the frontline is to be a good fighter.’

Antonina said it was a ‘little unusual’ for the other soldiers, adding: ‘But, over time, people started calling me Antonina, some even used my she pronoun.’

The pair said their first tour of duty was so terrifying it changed their lives.

They toured around Mykolaiv in southern Ukraine, about 80 miles from the port of Odesa, during which time Oleksandr contracted pneumonia.

After a break in May, the couple headed back to the frontline last Wednesday.

The couple wear a unicorn patch on their uniform, along with many other LGBTQ+ soldiers in Ukraine.

It is supposed to be a humorous response to the people who say ‘there are no gay people in the army’.

‘(The community) chose the unicorn because it is like a fantastic “non-existent” creature,’ Oleksandr said.

Despite the largely positive reception, Oleksandr is still worried that his LGBTQ+ relationship won’t be respected if he dies in the fighting.

He fears the authorities will let his mum bury him with a priest ‘reading silly prayers’ despite him being an atheist who has different burial wishes for Antonina to carry out.