Trevor McDonald 'is leaving wife to live in a bachelor pad' Trevor McDonald’s wife appears to deny claims the couple have split for a second time as she says they’re selling their home and doing up another one ‘TOGETHER’. So, asks ALISON BOSHOFF, what is the truth about the couple’s stormy marriage?

His is the most trusted face of television news: benevolent, authoritative, mellifluous and always calm.

But it seems that there is another side to Sir Trevor McDonald, whose second marriage has reportedly hit the buffers after 34 years.

The ‘other Trevor’ is an enthusiastic boozer – he once said he would drink most of a bottle of wine alone after a News At Ten broadcast.

A bon viveur, he’s also said to adore caviar and a champagne ‘lunch’ from 10.30am on a Sunday.

He has a fun-loving streak too: wife Jo once disclosed rather indiscreetly that he has a wonderful singing voice and does a great impersonation of Neil Diamond.

This, it turns out, is a skill he has honed during his many years of globetrotting with other journalists, or as Jo put it: ‘Singing in bars in Beirut.’ 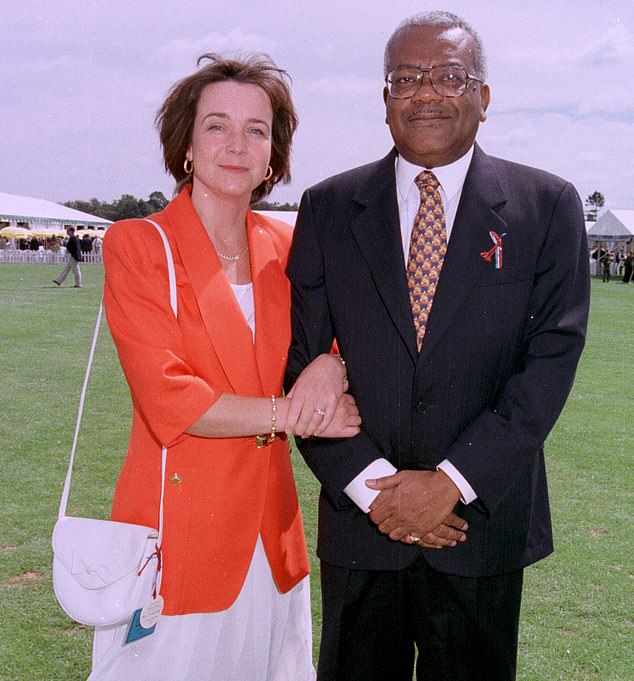 It seems that there is another side to Sir Trevor McDonald, whose second marriage has reportedly hit the buffers after 34 years

He’s also said to ‘light up’ when he’s around women. When he and Jo, his second wife, suffered a marital hiccup in 2004, he was spotted out with a gorgeous blonde businesswoman, although both denied they were anything more than good friends.

Ten months later, he and Jo were reunited. Fourteen years later, it’s all off again. Or is it?

Whatever the truth, by Trevor’s own admission, he is not an easy person to be married to. He once told an interviewer: ‘I am not a domestic creature. I don’t think I am such an easy person. I can survive on my own company.’

This is just as well as, at the age of 81 years, when most men his age are preparing to see out their days in retirement homes, he is starting over in a £2million ‘bachelor pad’. It’s the height of luxury, in a very prestigious development on the banks of the Thames in Barnes. 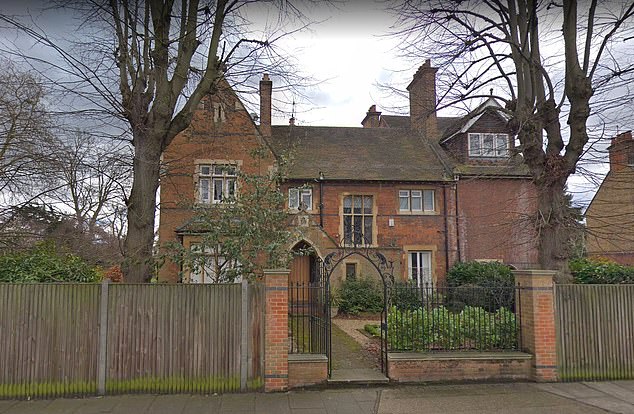 Wife Jo, 65, remains at their £2.6million family home. Friends say that the schism came in January this year, and that they have moved on by agreement and with regret

Wife Jo, 65, remains at their £2.6million family home a couple of miles away. Friends say that the schism came in January this year, and that they have moved on by agreement and with regret.

One said that they remained in touch and good friends.

‘It is sad but Trevor and Jo realised they weren’t making one another happy any more, and that it was time to move on with their lives.

‘Trevor is still very much in demand work-wise, and wanted a fresh start. He feels young and still has a twinkle in his eye. He and Josephine have a long history so obviously they are still speaking, and everything is amicable,’ the friend said.

He blamed his unrelenting focus on his career for the breakdown of his first marriage. In May, his autobiography was published.

Titled ‘An Improbable Life’ its 297 pages are filled with anecdotes about everyone from Nelson Mandela to Robert Mugabe and Nicolae Ceausescu.

You will search in vain, though, for any mention of Jo, or their son Jamie. Nor indeed his first wife Beryl, and their children Tim and Joanne. The tome is dedicated instead to his loving parents Geraldine and Lawson. 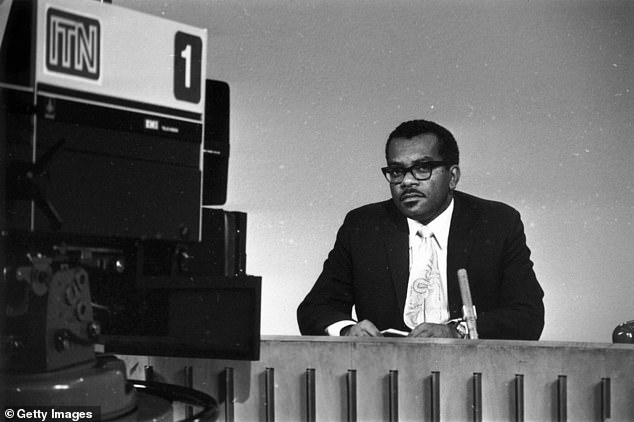 He blamed his unrelenting focus on his career (pictured in 1973) for the breakdown of his first marriage. In May, his autobiography was published

There is just one anecdote about Jo, when he recalls hopping on Concorde to chase a story in New York, and was transferring for an internal flight, when the official at the check-in desk delivered a message from his wife. It ran: ‘You were off to play tennis when I left this morning, what the hell are you doing in New York?’

He writes: ‘This is part of a pattern of painful memories but it’s how I lived my life.

‘That craving never faded. There was always another story to be done. If you are of a certain journalistic mind, it was a world without end.’

The son of an engineer at the Texaco oil refinery, George McDonald – known as Trevor – was born in San Fernando, Trinidad and Tobago, in August 1939.

He met his English first wife Beryl at a cricket match in Trinidad where he was a radio commentator and she was working for Tate and Lyle.

Aged 30 he moved to the UK with his young family and embarked on his distinguished broadcasting career, working first in radio before joining ITN as a general reporter in 1973 and becoming diplomatic editor in 1982. He and Beryl were divorced in 1985, with Beryl offering bitterly: ‘He found himself a younger, better looking girl.’

That girl was Jo Goode, his assistant at ITN, whom he married in 1986, when he was at the height of his career.

But he admitted that, for him ‘work has always come first’.

Scoops in the early years of the marriage included being the first journalist to interview Nelson Mandela following his release from prison in 1990. In 1992 he became the anchor of the News At Ten.

In 2004, his marriage to Jo seemed to be over. It emerged that he had moved out and was seen in a wine bar in Richmond with a statuesque blonde.

Businesswoman Louise Wall was said to have offered him a shoulder to cry on.

They were spotted together at a carol service and were said to have talked together on the phone several times a day.

Miss Wall said: ‘I know Sir Trevor. But this is all ridiculous. There is nothing for me to talk about.’

Sir Trevor said: ‘What has happened at home is between me and my wife. There is no affair. I am not having an affair with anybody.’

Ten months later, he had moved back in with Jo and Jamie, who was then 16 years old. Friends said that the couple were ‘happier than ever’ and had patched up their differences.

Whether they will again, remains the question…